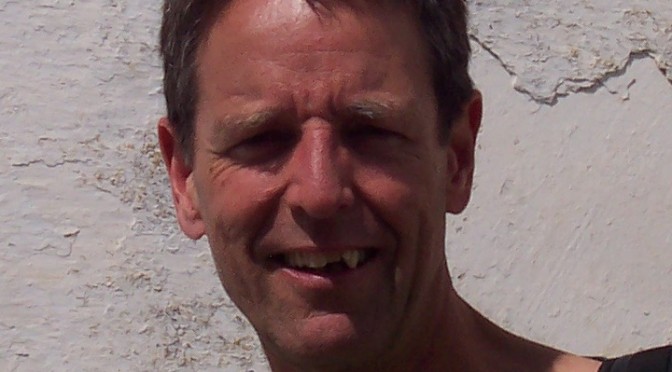 There’s a danger in assuming this
another fad. Death itself has changed.

The leaving no longer lends itself to ritual,
that odd idea of eternity, how sudden

the boundless. No one goes anywhere.
The game ends, but the game remains.

An arena empty, the horses gone,
but less, the emptiness in horseprint gravel

as among the grains of stone,
the distance between planets.

A young man of twenty in the back row,
silent into the vacuum of florescent hum,

edgy, alive. He talks as we walk
as ritual enough. At the center of what he says

there’s a impossibility of gathering the earth
into ourselves. A shy hidden self that would break

like an egg. The word is never spoken.
The lieutenant asks did he say anything to you?

This noise out of our mouths falls
on the pavement. These, they go away,

into another sense of oblivion, work, traffic
stirs like bones in the box of the future.

To plumb the depths of this muck of meanings
and find no soul. No sentient whole, feeling

the rain. Yet, this flux of what-you-will-be,
rapid procession of unchecked states,

coming up for air is like a diver gone
too deep off a cliff, into some empty fear.

He asks again, is nothing up there, above?
The zero hour of this breakable creation.

George Moore’s collection, The Hermits of Dingle, was released last year by FutureCycle Press. His fifth collection, Children’s Drawings of the Universe, will be published by Salmon Poetry Press in 2015. Moore’s poetry has appeared in The Atlantic, Poetry, North American Review, Colorado Review, and he has been a finalist for a number of national book awards, including The National Poetry Series. He presently lives with his wife, also a poet, on the south shore of Nova Scotia.

See all items about George Moore

Support CPR's project to bring over a decade of Cider Press Review to the web. Learn more »

A Journal of Contemporary Poetry